HUF 20-Million Apartments Are Most in Demand 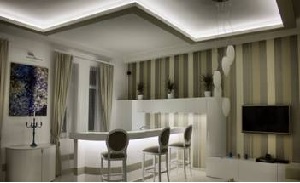 Smaller, 40-70 square-meter, one or one-and-a-half-room apartments for HUF 20 million or less are most in demand in Budapest, but larger and more expensive ones are getting more and more popular, too.

More apartments were sold in 2014 than in the previous years, and the average prices and the rate of investors also increased.

Most Popular Apartments in Pest and Buda

The rate of investors increased in both Pest and Buda: they make up 25-30 percent of all the buyers. The main reason of this is that subletting an apartment an annual 4-6 percent net yield is available. Investors are looking for apartments mostly in the city center, close to universities, in the neighborhood of metro line no. 4 and around outer traffic junctions; besides apartments in brick houses those in panel blocks are also popular, since they are cheaper but also easy to sublet.